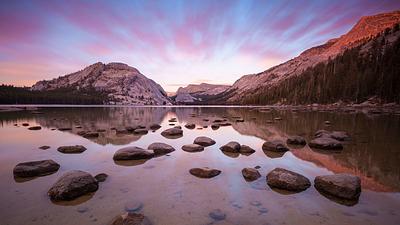 Applicants for International (PCT) patent applications who wish to obtain patent protection in the United Kingdom can do so through the UK national phase of the PCT or by filing a European regional phase, also called a Euro-PCT, application. Sometimes there is merit in filing both types of application in parallel.

In this article we summarise the issues to consider when making this decision and we also comment on additional factors where patent protection is desired in several European countries as well as legal issues which can arise where an applicant obtains protection in the UK by two parallel routes. It is assumed that readers are already familiar with the PCT. If you are not, then we provide an introduction here.

The most obvious difference between UK national phase and Euro-PCT applications is that UK applications cover only the United Kingdom whereas European patent applications can, on grant, be validated in any of 38 European Patent Organisation Member States, including the UK, and potentially also two extension states and four validation states if additional steps are taken. Note that Brexit has not changed anything in this respect; the United Kingdom remains a member of the European Patent Organisation as it has done for many years.

The regular (unaccelerated) UK national phase is generally quicker than the European regional phase. A UK patent would usually be granted in 1 to 4 years from the date of UK national phase entry whereas 2 to 5 years would be more typical for a European application. The UK patent application process cannot become too extended due to the UK compliance period which determines that the UK application procedure should be complete by 4.5 years from the earliest declared priority date, or 1 year from the issuance of a first examination report, whichever is later. On the other hand, some European patent application procedures become very extended, with long gaps between examination reports and the possibility of oral proceedings or appeal proceedings. (It is possible to request a Hearing on a UK patent application which is at risk of refusal but this is fairly rare.)

If divisional applications are filed in the UK, they are examined quickly and do not greatly extend proceedings, but European divisional patent applications can occasionally lead to proceedings being very protracted. Of course, delay is not always a problem. Applicants with important inventions who wish to keep a divisional application pending for as long as possible to maximise their ability to respond to potential infringers or to make it difficult for third parties to determine the precise scope of protection they wish to achieve would be better with a European application.

There are substantial cost differences between a UK national phase and a Euro-PCT application. A UK national phase application might incur approximately one-third of the cost of a Euro-PCT to file. (An exception to this would be where the PCT application was filed in French or German and there was no intention to file in any other English language territory and so a UK application would incur a translation charge which could otherwise be avoided). The cost of responding to examination reports before the UK Intellectual Property Office and the European Patent Office is similar, although UK responses are sometimes simpler and there are fewer formal requirements to comply with in the UK (such as claim feature numbering). European patent applications have official grant and printing fees and a requirement to instruct claims translations into two languages, whereas UK applications do not.

Furthermore, renewal fees are payable annually during the European patent application procedure but only after grant in the UK. After grant, a European patent must be validated in territories where it is to take effect and this can be expensive for countries requiring translations of the claims or the entire specification. Accordingly, the UK national phase application procedure will frequently incur total costs which are in the range of a quarter to a half of the costs of a corresponding European regional phase application. Thus, a European patent can have a much greater geographical scope.

Influence of International Search and Examination

The UK and European Patent Offices apply slightly different tests for inventive step. Although the European Patent Office employ the so-called 'problem and solution' approach, UK patent law has a different approach usually based around the 4-step Windsurfing/Pozzoli test. There is a fundamental difference in the way in which cited documents should be combined, with the UK test requiring a consideration of what is the common general knowledge of the person skilled in the art. As a result, it is sometimes easier to show inventive step in the UK national phase than the European regional phase.

Beyond the scope of this article, the UK Intellectual Property Office and European Patent Office do apply slightly different patentability standards in a number of fields, notably Computer-Implemented Inventions (especially Artifical Intelligence and User Interfaces).

In contrast to European regional phase applications, there is no opposition period for granted UK patents. Their validity may be challenged through the UK Intellectual Property Office or the Courts but there is no direct equivalent of the European patent opposition procedure.

Where an applicant obtains both a UK patent and a European application which designates the UK and affords the same scope of protection, the UK application will be automatically revoked by the UK Intellectual Property Office to avoid third parties having to be concerned with two essentially identical patents. This only applies where the claims are substantially the same; if there are significant differences in the scope of the independent claims then this will not apply. This can be avoided by, for example, being careful to maintain some differences in the independent claims, by revoking the UK patent or, more simply, by withdrawing the UK designation of the European patent before grant. The same issue does apply in some, but only some, other European countries.

In short, although the European regional phase remains the most common route to obtaining patent protection in the UK through the PCT application procedure, there are merits in specific circumstances in filing UK national phase applications instead or or in addition to European applications.

How to Choose Countries for European Patent Validation

What is an International (PCT) patent application?

An occasional newsletter about patents, trade marks, designs and other intellectual property matters.