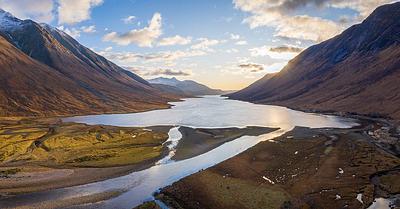 The procedures for registering trade marks in the UK and the EU are more similar than they are different, the most obvious difference between them being that a UK trade mark registration covers just the UK while an EU trade mark registration covers the European Union which, of course, no longer includes the UK. UK trade mark law is broadly the same as EU law, although it is expected gradually to diverge over time, as new decisions at EU level will no longer have influence in the UK. This article is aimed at EU representatives and others who are familiar with the EU trade mark system, and who would like to understand the points of difference with UK procedure.

A core difference between the UK and EU trade mark registration systems is that in the UK, a trade mark which is the subject of an application should either already be in use in the UK, or there should be a bona fide intention to use it, in relation to the goods and/or services covered by the application. Valid use is use by the applicant or with the applicant’s consent, for example, by a licensee.

This requirement means that it is not possible to ‘reserve’ a trade mark in the UK, and so-called ‘defensive’ trade marks are no longer permitted, although this does not of course mean that such applications are not filed. A trade mark application that is filed without a genuine intention to use is, however, vulnerable to opposition, or the subsequent invalidation of the granted registration, on grounds of bad faith.

In contrast, while it is possible to challenge an EU trade mark application on grounds of bad faith, this does not include a mere lack of intention to use.

Examples of valid series include marks with differences in capitalisation, variations in spelling, or where a shared distinctive element is accompanied by varying descriptive text.

The UKIPO is extremely strict in its assessment of what constitutes a series, and if the series members are considered to differ in their distinctive character, to such an extent that affects the overall identity of the trade mark, the series application will be refused, requiring the deletion of at least one variant, or the splitting of the application, before the application is allowed to continue. This rather rigid approach arguably reduces the value of a series, as the acceptable differences between variants are typically so minor that a single representation would often confer sufficient protection. That said, series can be relevant to logos and composite trade marks, where multiple colour combinations or different orientations can be covered in a single application.

The possibility of registering a series at the UKIPO means that there may be occasions when a single UK trade mark application will be equivalent to a number of EU applications, even allowing for the fact that the members of the series will be very closely similar. Priority can be claimed from, and an International Registration can be based on, one member of a series.

As part of the examination of new applications, both the UKIPO and EUIPO conduct a search of the relevant trade marks register for applications or registrations that conflict with the application.

Unless an obviously problematic trade mark is identified during examination, it is rarely worth the time and cost of responding. Instead, we typically recommend that applicants allow their application to continue, and deal with any third party challenges during the opposition period as and if they arise.

The publication of an EU trade mark application marks the start of a fixed three month opposition period.

In the UK, the initial opposition period is two months, which can be extended by one month by filing a 'Notice of Threatened Opposition', or NOTO. Where a NOTO is filed, only the party who filed it benefits from the additional time. The NOTO is considered to be formal notice to the applicant of a potential opposition, which may have a bearing on a subsequent cost award if formal opposition is subsequently filed.

A UK trade mark application can be opposed on both relative and absolute grounds. This contrasts with EUIPO procedure, which only allows for opposition on relative grounds.

While the overall procedure and structure is broadly similar, there are some differences. A notable difference is that the owner of an opposed EU application does not have to respond to a notice of opposition, but can let the opposition run its course without any engagement, and still have a chance of winning. In the UK, the failure by the applicant to file a defence will lead to the opposition being automatically deemed successful, the application being refused to the extent of the opposition, and in most cases an award of costs in favour of the opponent. The parties to a UK opposition are also given the opportunity to request a Hearing, or for the decision to be made on the basis of the papers filed by the parties. This contrasts with the EUIPO where the parties to an opposition are not given this choice: while Hearings are theoretically possible, they are extremely unusual.

Introduction to the Madrid Protocol for trade mark registration

An occasional newsletter about patents, trade marks, designs and other intellectual property matters.